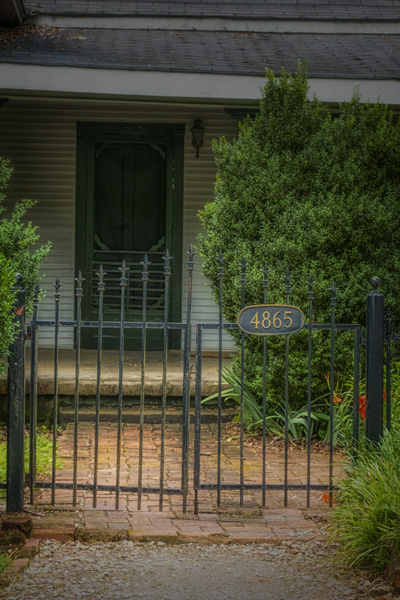 My junior-high English teacher, who also happened to be my mother, created in me a fierce love of the poetry of Robert Frost. From Frost’s poem “Mending Wall,” I learned that “something there is that doesn’t love a wall, that wants it down” is probably the better option than “good fences make good neighbors” if one’s goal is relationship building.

As I strolled through a small, Mayberry-like Alabama town recently with some photographer friends, my mother’s lesson pricked my consciousness. Most of the pristine, well-manicured yards were fenced in. It was the gates that allowed passage- or not- in and out. While my photographic eye roamed in many directions, it returned regularly to the gates, and this is what I observed.

Some gates were barricaded either on the entrance side or the inside side. 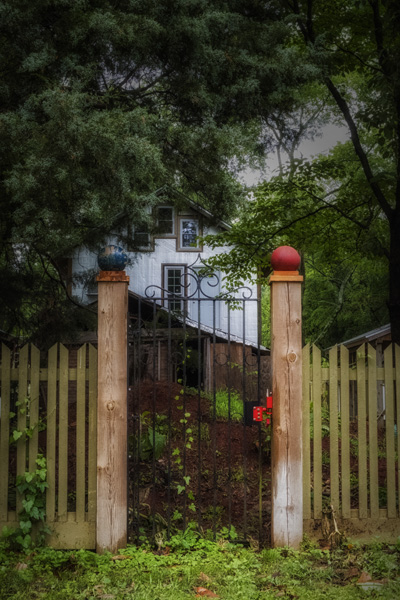 One warned, “Danger ahead! Approach with care!” 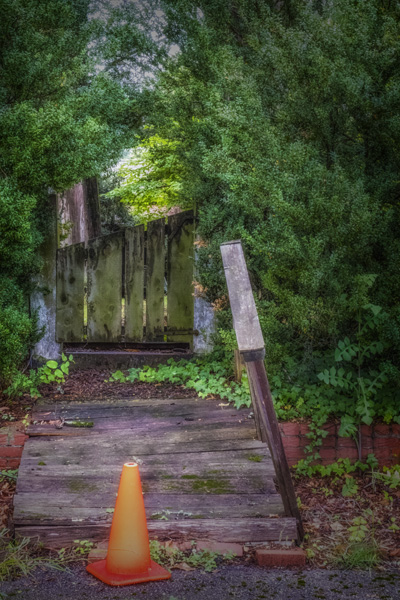 Some gates were attached in a careless, helter-skelter manner or were made askew by multiple uses. 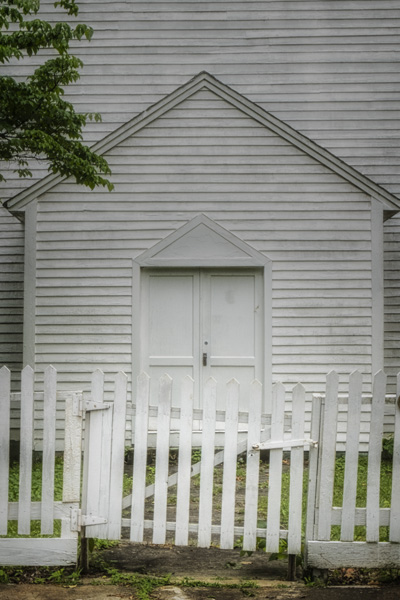 Some gates appeared to be decorative only, without purpose since there was no indication of a way to get to, through, or beyond. 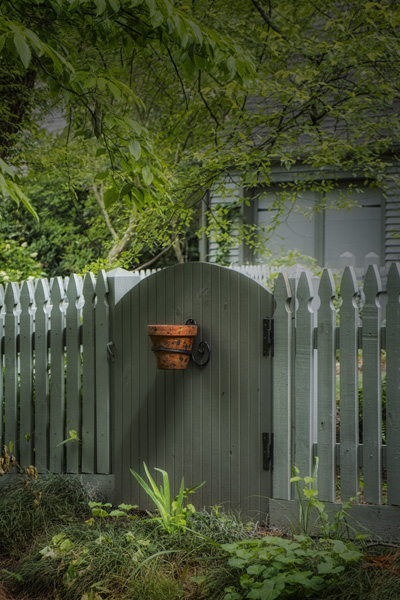 Some gates opened to wealth, 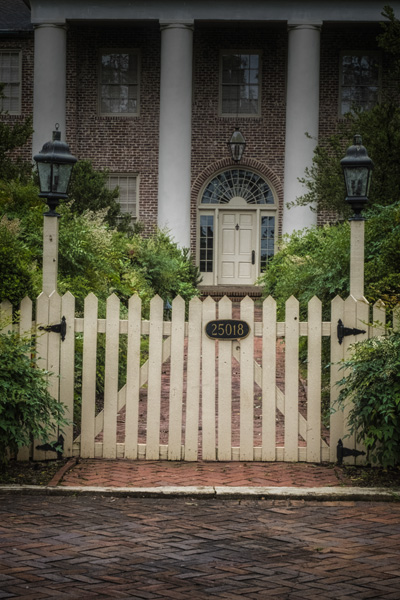 while there was a hint of hospitality on the other side of others. 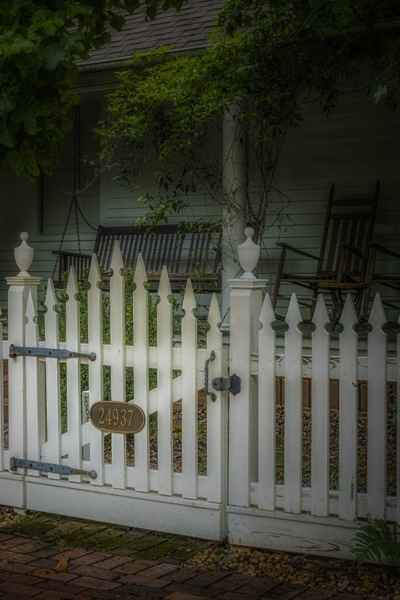 And then there was the welcome gate, wide open and inviting its passersby to lush, green space. 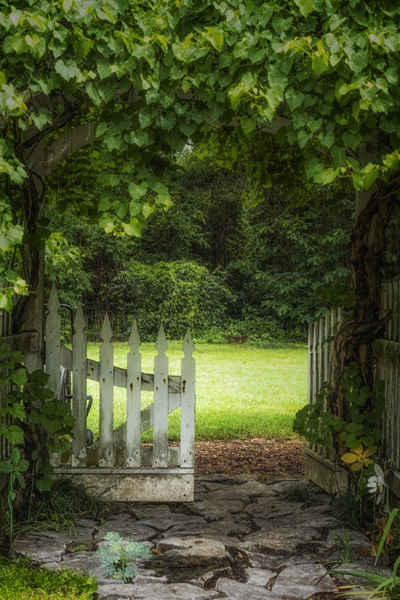 Just some wonderings as I wandered in a small Alabama town…