From time to time I complain about not having anything new and interesting to photograph. A recent trip to Tuscany on a photo tour with Charles Needle has reversed that plight. Entitled “Impressions of Tuscany,” this photo tour encouraged participants to ‘explore Impressionistic photo techniques, creative macro, and iPhoneography.’

Having returned home at nearly midnight a couple of days ago, I’ve only scratched the surface of processing the images from this fantastic two week long photographic adventure.

Today I will share a sampling of images from Florence, the capital of Tuscany.

Unfortunately, it was either cloudy or it rained most of the time we were in Florence. Charles’ sunny disposition kept the group focused and motivated to continue photographing in spite of the weather conditions.

Strolling throughout the town to plazas and gardens…

to the Arno River and through the winding streets…

The Streets of Florence © Sue Henry

one famous landmark was ever present.

The Florence Duomo stands tall over the city with its magnificent Renaissance dome designed by Filippo Brunelleschi. The cathedral named in honor of Santa Maria del Fiore is a vast Gothic structure built on the site of the 7th center church of Santa Reparata.

The cathedral was begun at the end of the 13th century by Arnolfo di Cambio, and the dome, which dominates the exterior, was added in the 15th century on a design of Filippo Brunelleschi. (from visitflorence.com) 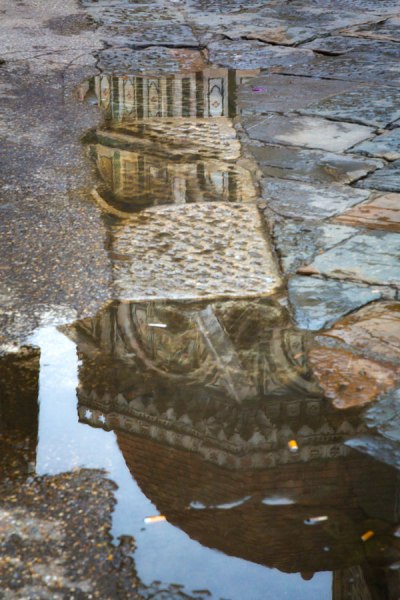