In the photography world there is much talk about vision, which is often described as a notion, an idea conceived before the photographic experience that determines the composition, mood, and development of the image. In this understanding of vision, the use of the mind in conceptualizing a desired result leads the artist through the whole photographic experience. It is a methodology that makes sense and is one that I have found useful in my own art-creating.

I have discovered, however,  another approach to vision, which begins as an experience of the heart. Often it is felt, not rationally known prior to and throughout the photographing process and leads by hunch and internal nudging and wonderment  into a result not defined by the mind.

Not long ago, the women of f/4 studio ventured out into a day of exploration at the peak of fall color. Leaving Nashville in sunshine, we immediately found ourselves, as we turned north, shrouded in fog. I was drawn into the mystery and led by unnamed  stirrings of my heart into the four images you see below. 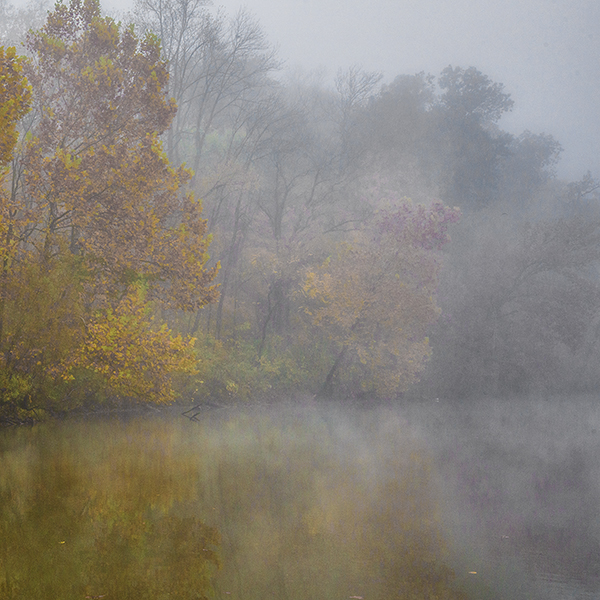 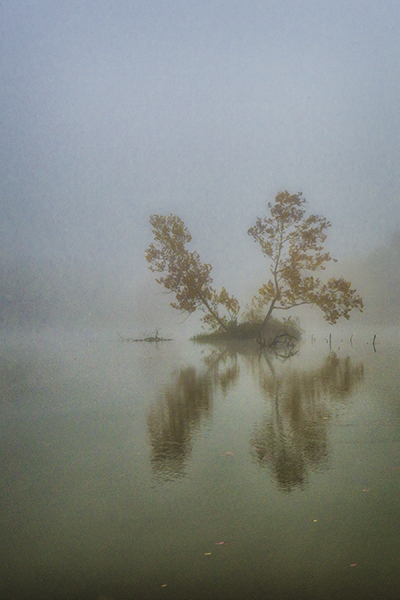 It was only in the post-camera developing process and rumination on my images after they emerged in a final form, that I discovered the vision that informed their creation. Several months before the outing, the spouse of a good friend died unexpectedly after a short illness. I realized these images were a metaphor of the experience I had in accompanying my friend through illness, death, and grief. Some words then came to describe the experience and these images:

through the fog dimly

will not be vanquished

2 thoughts on “Photographic Vision of the Heart”