Last year at this time I was halfway through documenting a nearby field for a series I called The Meadow. I would wander around there about every two weeks or so to see what was new.

At about this time of summer I ventured into the meadow not expecting to find much of anything. After all, it had been a long, hot summer and I was pretty wilted myself. Imagine my surprise when I came across this: 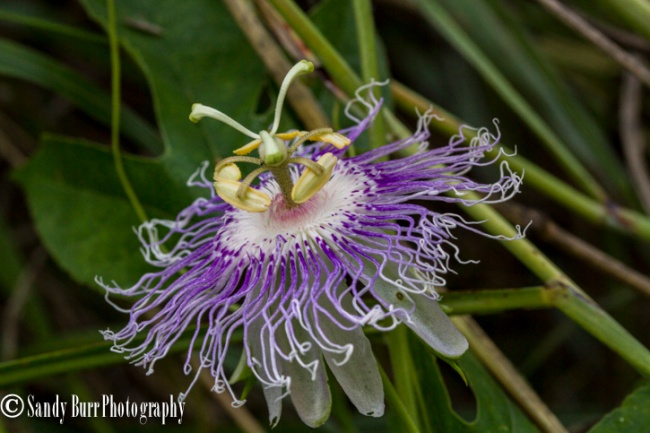 Now, I’m from New England and we just don’t have anything like this growing up. I became very excited and entertained the idea that I had discovered a new and alien flower species. It was unlike anything I had ever seen. I admit to being a bit disappointed to find out is was a passionflower (what a great name!) and common in southern fields.

That it was common has not diminished my delight in this flower. I went back to the meadow yesterday just to see if I could find them again. I did and this time greeted them like old friends that I was so happy to see.